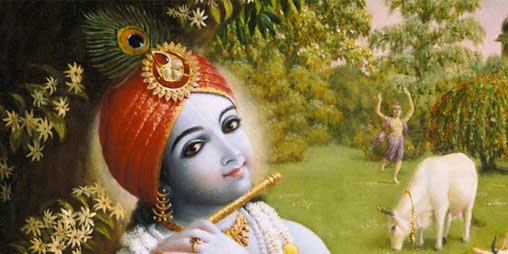 [These five verses was sung by the Bhagawat Pada when he went first to meet his Guru Sree Govinda Bhagawat Pada on the banks of Narmada. He has also written another stotra called Guru Paduka stotram.]

This Blog is an Humble attempt to spread the Divine Message of Pujjya BapuJi & Dedicated at SHRI CHARANKAMAL Of Bhagvan Shree Krishna VishwaGuru Of the Age. 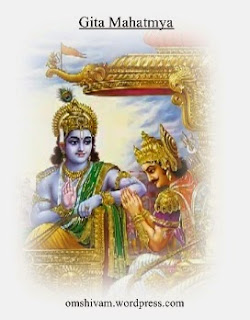 The essence of Bharata lies in Her culture of Self-realization. ParamAtman is not seen as something apart, but as our very essence, the one True Self that resides in the heart of us all. Raising ourselves from ordinary individuals to the heights of Supreme Consciousness is only possible with the guidance of one who is already in that transcendent state. Such a one is called a Satguru, a True Yogi, as in one who has gained mastery over the mind, one who is beyond the mind.
From ancient times up to the present day, an unbroken succession of Self-realized Saints have incarnated in the Land of Yogis & Saints Bharata to lead seekers of Truth to the ultimate reality.
Posted by Thathwamasi at 02:16

Ayur veda for U

Thathwamasi
Tat Tvam Asi (Sanskrit: तत् त्वम् असि or तत्त्वमसि)," Iam That" "That thou art," "Thou art that," "You are that," or "That you are," is one of the Mahavakayas in Vedantic Sanatana Dharma.